Why We Become Addicted

Addiction has to start somewhere. It begins with exposure, moves on to casual use and eventually turns to dependence. The brain adapts to the drug activity, becomes tolerant to it and demands more each time. 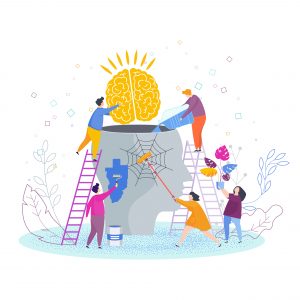 But not everyone becomes addicted. It’s estimated that two million people in the UK are currently fighting an addiction. Many people drink or use drugs casually, but only some become psychologically dependent.

Great progress had been made in recent years in understanding why that is. Scientific research is beginning to understand the mechanisms in the addictive process, but we do not know exactly what causes addiction, or how to identify people who are likely to develop addictions.

“It seems to touch the very essence of behaviour, making it very difficult to research and understand” said Ilana Crome, a professor of addiction psychiatry at Keele University.

Science cannot point to a ‘single cause’ of why addictions develop. Yet despite the difficulty in pinpointing exactly what makes some people more prone to addiction than others, countless studies have found that a combination of factors can play a part. Our environments, family backgrounds, personality traits, and even our genetics can all make someone more likely to try drugs or alcohol in the first place.

Some research suggests people who are prone to addiction may be ‘wired’ differently, particularly in the brain’s orbito-frontal cortex.

“This part of the brain is involved in the weighing up of the pros and cons of a particular action, in other words, decision making” explained Dr Owen Bowden-Jones, The chair of the Faculty of Addictions at the Royal College of Psychiatrists.

Psychological trauma is a common factor, he added. This could be anything from traumatic childhood experiences to experiencing bereavement.

A study carried out in 2012 also found that those with ‘negative emotionality’ have higher rates of drug abuse. This is a personality trait that dictates how intensely people experience dark emotions such as anger, stress or sadness.

According to the National Institutes of Health (NIH), the risk of addiction also increases for those who have parents who are/were alcoholics or drug addicts. It has been stated that the children of addicts are 45% to 79% more likely to abuse drugs or alcohol compared to the general population. It’s unknown whether this is because addiction is rooted in genetics, if it’s inherited, or if being exposed to drug taking and alcohol abuse increases the likelihood of experimentation. From a social perspective, living in an environment where drugs are easily available and their use normalised, or being surrounded by people who have addiction issues, is often cited as a common factor in the early exposure to – and subsequent dependence on – the substance or activity.

Those who live with mental health conditions such as bipolar disorder or depression are more likely to engage in substance abuse, which puts them at a higher risk of developing an addiction.

However, there are clearly many cases which do not fit these risk factors. Some people grow up in alcoholic households yet never become addicted themselves. Some are not exposed to the substance or activity in early life at all but go on to develop an addiction.

That’s why it is impossible for science to identify those most likely to become addicted, as it’s such an individual thing. Many people who have experienced a difficult background or trauma who might be predicted to develop an addiction don’t.