The Brain in Recovery

Addiction is like other chronic diseases in that it is preventable and treatable. Just as cardiovascular disease changes the way our heart functions, addiction changes the brain and impairs the way it works. Science has come a long way in helping us to understand the way the brain changes in addiction. the frontal cortex in particular shows less activity. This is the part of the brain associated with judgment and decision-making (NIDA). 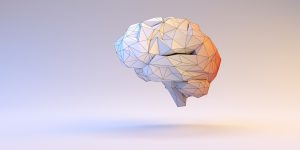 The brain can experience pleasure from all sorts of things we do in life. The way the brain signals pleasure is through the release of a chemical called dopamine, the brain’s pleasure centre. But drugs such as nicotine and alcohol also cause the release of dopamine, and often these drugs release considerably more dopamine levels than natural, non-drug rewards.

Addictive drugs can provide a shortcut to the brain’s reward system by flooding the nucleus accumbens with dopamine. Additionally, addictive drugs can release 2 to 10 times the amount of dopamine that natural rewards do, and they do it more quickly and reliably.

Drugs become less rewarding over time, and a craving for the drug dominates. The brain adapts to the effects of the drug and as a result dopamine has less impact. For example, the brain will reduce the production of dopamine if a drug artificially recreates the effects of dopamine – it is fooled into thinking it does not need any more. Once the adaptation becomes the norm, the brain will want to “correct” an imbalance when the drug is no longer present by taking the drug again. Over time, substance use disorder (SUD) changes both the brain’s structure and how it functions. People who develop an addiction will find that the drug no longer gives them as much pleasure as it once did, and they require greater amounts to feel the same affect.

Before long the substance becomes essential to simply feel normal. 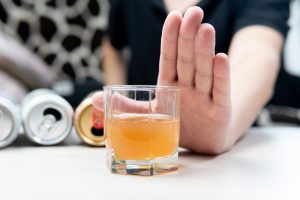 How the brain recovers from addiction is an emerging area of science. There is evidence that after 14 months of abstinence, the dopamine levels in the ‘reward’ region of the brain return to pre-drug levels. One study found that adolescents that became abstinent from alcohol had significant recovery with respect to behavioural disinhibition and negative emotionality (Hicks et al., 2012).

Other research has found that the number of days of abstinence from alcohol was associated with improved executive functioning, larger cerebellar volumes, and improved short-term memory.

Its is important to know that someone with an addiction CAN recover and overcome, with the right support and the right treatment. It requires patience and determination, but all the research points towards the road to recovery being a path we can all travel down. Without education, treatment and ongoing focus, addiction will never move from its destructive phase into something that can be managed, and that abstinence is the key to recovery.