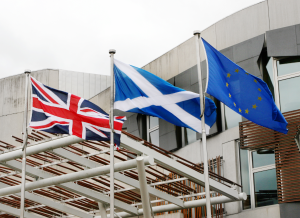 The Royal College of Physicians of Edinburgh has called on the Scottish and UK governments to consider “safe consumption rooms” to tackle a record number of drug deaths.

More than 1,200 people died of drug misuse in Scotland in 2019, a six-percent increase on 2018 and a rise for the sixth consecutive year and three times higher than that of the UK as a whole.

In January, First Minister Nicola Sturgeon pledged an extra £250m over the next Holyrood term to tackle the “national disgrace” of drug-related deaths and accepted that her government “should have done more” to address the issue.

This follows a RCPE report has also recently highlighted an “impasse” between Westminster and Holyrood over drug policy.

The report highlighted the example of a cross-party Scottish Affairs Committee in the UK Parliament calling on to the UK Government to declare Scotland’s drugs deaths a public emergency and to categorise drugs misuse as a health rather than a criminal justice issue, and to pilot a safe drugs consumption room (which had previously been ruled out as a breach of the Misuse of Drugs Act 1971). These proposals were rejected by the Home Office, who control national drug policy, highlighting divergence in drug policy aspirations between Westminster and Holyrood.

Professor Angela Thomas, who co-authored the report, said “Our report proposes some key interventions which can be taken now, including the introduction of a drugs consumption room, and a heroin-assisted treatment programme in all major centres in Scotland as we see already at the Glasgow pilot scheme.

“Decriminalising drug use should be considered in Scotland, and the college would urge the UK government and the Scottish government to work collaboratively on this key policy area.

“We believe that drug-related deaths should be fundamentally treated as a public health issue.”

In response, The UK government’s minister for crime and policing, Kit Malthouse, said it was committed to working with the Scottish government to tackle drug misuse, but it had “no plans to decriminalise drug possession”, adding that “it would not eliminate the crime committed as a result of the illicit trade, nor would it address the harms associated with drug dependence and the misery that this can cause to families and communities.”

The RCPE report called on all parties to work together to build a consensus and a clear strategy to stop people dying from drug-related harms.

The five key recommendations to emerge from the report